Welcome to The Order of the Red Lynx, a blog exploring martial arts as a Way of life.

The lynx is a resilient and curious creature, found in most of the world. It’s name is derived from a Middle English word meaning “light-brightness”- a reference to its reflective eyes. In classical and medieval bestiaries the lynx’s luminescent sight was represented as being capable of piercing through rock and “new walls”, symbolizing thus powerful abilities of observation, examination, and insight. It is the fervent aim of this blog to provide a lynx-eyed vision of the Martial Way.

Since antiquity, man has recognized the color red to be a color of extremes; a color of fire and of blood, of energy and life. In Roman mythology, red is associated with Mars, the god of war. It was for this reason that gladiators were painted red, as were their statues. The Roman army wore tunics and cloaks of red, and carried a red standard into battle. Later, the Roman Catholic Church adopted red as a color of authority and majesty, associating it with the rituals of the church as a symbol of Christ’s blood and the blood of Christian martyrs. It is the devout purpose of this blog to present martial information through a Christological lens.

Welcome to The Order of the Red Lynx. Militat omnis amans. 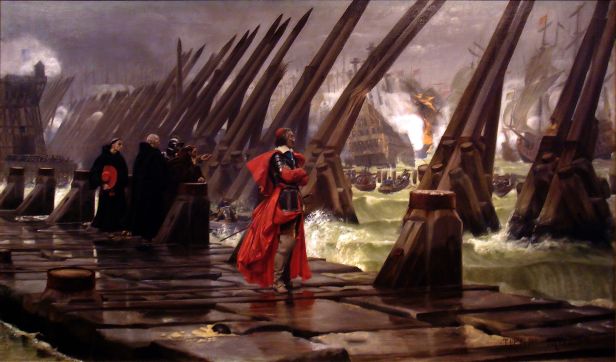 Follow The Order of the Red Lynx on WordPress.com