If you train in modern martial arts, like Krav Maga, some FMA classes, and most military combatives courses, then you are aware that there are those motivated to learn to fight out of fear that they might be caught up in a Boston riot, an LA riot, a hurricane Katrina in New Orleans, or worse. Alot of the rhetoric is about defending loved ones, and some of this is probably authentic, while some of it is probably an elaborately egotistical head-trip for men who “just wanna be badass”.
Commercials like this come to mind…
The New Yorker just ran an article about the wealthiest people in the world, and their attempts at “prepping” in case of a civilization-collapsing disaster. I think my favorite part of the article was this:

At the time, Americans were marvelling at engineering advances—attendees at the 1893 World’s Fair, in Chicago, beheld new uses for electric light—but were also protesting low wages, poor working conditions, and corporate greed. “It was very much like today,” White said. “It was a sense that the political system had spun out of control, and was no longer able to deal with society. There was a huge inequity in wealth, a stirring of working > classes. Life spans were getting shorter. There was a feeling that America’s advance had stopped, and the whole thing was going to break.

Business titans grew uncomfortable. In 1889, Andrew Carnegie, who was on his way to being the richest man in the world, worth more than four billion in today’s dollars, wrote, with concern, about class tensions; he criticized the emergence of “rigid castes” living in “mutual ignorance” and “mutual distrust.” John D. Rockefeller, of Standard Oil, America’s first actual billionaire, felt a Christian duty to give back. “The novelty of being able to purchase anything one wants soon passes,” he wrote, in 1909, “because what people most seek cannot be bought with money.” Carnegie went on to fight illiteracy by creating nearly three thousand public libraries. Rockefeller founded the University of Chicago. According to Joel Fleishman, the author of “The Foundation,” a study of American philanthropy, both men dedicated themselves to “changing the systems that produced those ills in the first place.”                            -“Doomsday Prep for the Super-Rich”, Evan Osnos, The New Yorker

I wasn’t aware of this piece of history, and I find it highly instructive.

You know, there is something to be said about how the richer the rich become, the more afraid they become of losing their riches. Fear seems to come full cycle, with the richest people exhibiting as much fear as the poorest, most ravaged people in the darkest parts of Africa. Looks as though feeling like you are completely in control is as terrifying as feeling like your are completely out of control…
Someone in the article compared prepping to insurance. I think this is a useful comparison. Prepping is like insurance. Insurance, (like prepping), has become a bottomless pit of fear, where people want to be insured for everything under the sun. And like insurance, which usually doesn’t actually pay out when needed, so too prepping. In fact, perhaps we can view prepping simply as post apocalyptic insurance. Maybe State Farm should include package deals that include bulk quantities of ammunition and pinto beans, to be delivered to your house if the stock market ever crashes down below a certain level…
And how ironic that so many of the actions taken by the super rich, to make them super rich, are also authoring the total destruction of the world- a nightmare which the super rich fear so greatly. It reminds me of an article I read about Silicon Valley executives putting their kids in Waldorf schools to protect them from technology, all while selling tons of tech products aimed at children…

I attended a basic carbine and handgun class this past week. While driving to the event, the person I was with brought up all the reports of the super-rich engaged in prepping. He said, “I’ve been saying this for a long time, the only difference now is that even the liberals are prepping. And the fact that the ‘Ubers’ are prepping just confirms it!” To which I felt compelled to respond: “Don’t you think that the natural course of fear is to encourage people to race out to the nth degree of possible calculations, in hopes of being prepared to self-preserve? I don’t think it necessarily confirms that the end is nigh…” All this tells me is that people are afraid. Today, with Trump, it is the Liberals, yesterday with Obama it was the Conservatives, and the disenfranchised are simply in a permanent state of anxiety.

I was reading somewhere recently that you can look back to the records of medieval times and see the wealthy classes of civilization preparing for the just-around-the-corner apocalypse, which they thought was something that could be survived through preparations not at all unlike what was covered in the above quoted article from the New Yorker. Looks like those who do not study history are doomed to repeat its errors… I personally really appreciated the comment at the end of the article where somebody said that if they had a billion dollars, they would invest it back into the culture to try to stave off the collapse of civilization, as this was a far more viable means of self-preservation. I agree, and would echo this in saying that even if you don’t have a dollar bill to your name, you can choose to invest back into the culture by your personal daily decisions, which ultimately will always add into the math of where our civilization goes. And the choices of the many will always be more powerful than the singular philanthropic money-dumps of the few.

Besides, do you really want to survive if a post-apocalyptic world looks like people tend to envision it? What kind of a life have you really preserved? But I digress…
I’m not denying that there are real insecurities involved in our current situation, or that things like modern day Venezuela don’t happen. Nonetheless, it is really easy to let fear blow things out of proportion, and subsequently master your life, which will effectively render you useless to any legitimate solutions that will be necessary in solving the problem. I’m sympathetic to those who struggle with this, and aware that this is their’s to struggle with. I’m aggravated by the people who feel this way and do not struggle with it, thinking that their psychotic attempts to selfishly self-preserve are totally grounded in reality, and above reproach. Their actions do nothing but create a self-fulfilling prophecy.
As someone who takes the time to learn martial arts, I obviously believe that it is useful to learn various skill sets that attempt to resolve disaster-scenarios, even to the point of training in the ability to participate in/perpetrate violence. However, the ability to judge how much training is useful, and how much force is necessary is always contextual, and therefore without training one’s character and discernment, one is doomed to cultivate in themselves nothing more than a powerful ability to complicate trouble. As was said in Spider Man: with great power comes great responsibility. Responsibility requires that the person responsible be virtuous and discerning. Yet modern soldiers and modern martial artists have largely thrown aside any interest in warrior codes/chivalry/bushido/wuda/etc, and have reduced and isolated their pursuits as though it were not necessary for a UFC fighter to learn or be anything other than a professional face-basher. Gone is the interest in the enlightened Kung-Fu archetype, as a well rounded person. And gone is the interest in any sort of renaissance-man knight, as today’s soldiers more and more seem to view themselves as simple machines of death, who’s business is killing and business is good. “Leave morality and discernment to the referees and politicians”, would seem to be the attitude of such professionals… 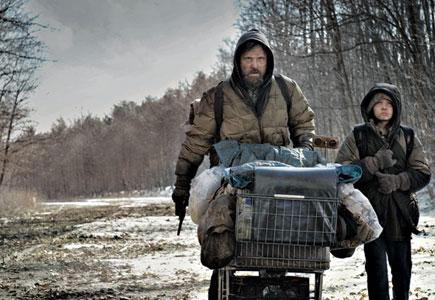 Yes, I think bad things happen, and I’m happy to agree that action needs to be taken to prevent and/or stop evil. But our first order of business is pre-war, in building inroads of loving community which prevent such violence from ever occurring. And in focusing on this, we are more likely to have to face how our own character and perceptions require cultivation and correction. And we have to recognize that these two pursuits are NEVER over, never able to be substituted. It is NEVER too late to be engaged in such remedies… Only when we act upon this reality will we begin to become the kinds of people who can responsibly and effectively wield violence, or judge how much survival “prep” is necessary in a given situation- because there are people who “just want to watch the world burn” as Alfred says to Bruce Wayne, when discussing the Heath Ledger version of the Joker. In such times, I will agree with those who say with George Orwell that “People sleep peacefully in their beds at night only because rough men stand ready to do violence on their behalf.”
But when to enact violence, and what kind of violence, and what degree of violence are all judgment calls that must be made by virtuous people who recognize that their emergency actions are being taken only because we have failed in effectively acting first with the kind of love that conquers all fear. And as a final note, I must add: people today (especially the rich) view all problems as requiring solutions of large-scale proportion. National answers, global answers, etc. This is innately flawed. The kind of love that I think will divert us from certain disaster is person to person, not fundamentally the kind that can be delivered through massive anonymous donations to homeless shelters where “professionals” can be equipped to do all the heavy lifting for us. Preppers, both on the Left and the Right beware: the “shoot first, ask questions later” approach, the “run and hide” approach, and the “throw money at the problem” approach to the troubles and insecurities which terrify us all fail to qualify as methods to love our neighbors, to deal with the log in our own eyes first, and to discern the times clearly through being transformed by the renewing of our minds. 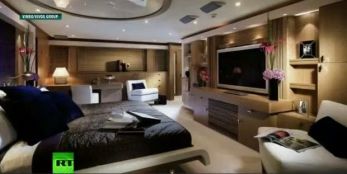 Only in a culture like ours, could an entire subculture emerge of selfish people fearfully seeking complicated means to selfishly preserve all their ‘stuff’- and actually be prideful enough to think they might be successful in the midst of a total collapse in civilization.